SIA DC Sub Committee have been exploring various topics under our Live, Work and Play theme over the past few years. This year, we have decided to expand our theme to include the wider topic of Master planning. This current season will see us embark on a series to showcase works on Master Planners of our nation. These pioneer Master planners will be sharing with the fraternity their works, vision and experiences. Our guest speaker this year is Mr Tay Kheng Soon, a pioneer Architect and Master Planner. He will be sharing with us his views on our nation’s development and also provide us with an alternative perspective to how Singapore could be. He will be touching on works ranging from his 1992 Tropical City’s concept at Kampung Bugis to a modern 3D Planning Methodology. His views on our local Southern Intensification and the Greater Southern Waterfront will also be shared with the audience. His speech will comprise of a Combination of both Hardware and Software. He will finally end on the issue of regionalisation of our profession expanding beyond the Little Red dot. 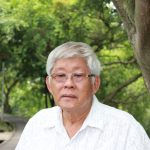 Prof. Tay Kheng Soon
Mr Tay started his education in Barker Road Methodist Church. He subsequently went to Singapore Poly to study architectural and graduated in the year of 1964. He started Design Partnership with William Lim. Further to that, he started his practice Akitek Tenggara in Malaysia where he focused on high density low cost housing in KL. He was also an Adjunct Prof at NUS Architecture department where he taught for over 30years. He was President of SIA between 1991 and 1993. He received the SIA Gold Medal in 2010.

His list of notable involvements to name a few:
1) Fellow at the World Academy of Art and Science.
2) Convenor Future of Singapore Group(FOSG), a social activist public intellectual.
3) Active imagineer of a new Singapore with more widely capable architects and clients.