The circuit breaker closure of workplaces and construction sites from 7 April to 1 June 2020, and the mandated staged resumption of work at construction sites, is unprecedented.  Although the enactment of the COVID-19 (Temporary Measures) Act 2020 has brought some clarity to an uncertain environment, it remains a challenge for contract administrators to administer contracts that were written without these scenarios in mind.

This seminar, the first of a two-part series, will give some insight into the drafting philosophy behind the SIA Articles and Conditions of Contract for Minor Works 2012 (“MWC”), and examine the provisions for managing Extension of Time, Liquidated Damages and Performance Bond in the light these new challenges.  The concept of Force Majeure, and the circumstances which would give rise to its applicability, will also be discussed.

The speakers will also look at how applying the same fundamental principles to the SIA Article and Conditions of Building Contract 9th Edition and the SIA Building Contract 2016 can have a different result, due to the difference in contractual wording.

Since the SIA Articles and Conditions of Contract for Minor Works 2012 (“MWC”) was published in 2012, there have been significant changes to the Building and Construction Industry Security of Payment Act (“SOP Act”).

Interestingly, some clauses in the MWC have proven to be ahead of its time in its approach to managing payment.

This seminar, the second of a two-part series, will give some insight into the drafting philosophy behind the MWC, and examine the provisions for managing progress payment, deduction of liquidated damages and payment in the event of termination, in the light of new legislation and recent case law.

The Building and Construction Industry Security of Payment Act (Cap. 30B) (“SOP Act”) was enactedin 2005 to “improve cashflow by expediting payment in the building and constructionindustry”. Fifteen years on, few Architects realise that the SOP Act is also applicable to consultancy agreements, and can be used to pursue unpaid fees.

This seminar will cover the technical requirements of the SOP Act, the effect of the COVID-19(Temporary Measures) Act 2020 on the operation of the SOP Act, and provide some insights fromfirsthand experience of two Architects who successfully pursued unpaid fees. 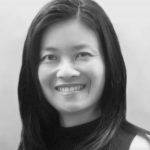 CATHERINE LOKE obtained her Bachelor of Planning & Design in 1989 and Bachelor of Architecture (Hons) in 1992 from the University of Melbourne. She has worked briefly in Melbourne & Kuala Lumpur, and in Singapore since 1993. She has been a Registered Architect since 1998 and partner in Lander Loke Architects since 1999.

As a practitioner, Catherine believes in hands-on involvement and gives personal attention to the projects undertaken by her firm. Over the years this has given her in-depth skills, knowledge and experience in the complete process of delivering a wide variety of projects (residential, commercial and industrial), from design and documentation to contract administration and code compliance, as well as the use of technology to enable more effective delivery.

Outside of SIA, Catherine served as the Chief Examiner for the Professional Practice Examination under Section 15.(2)(a)(ii) of the Architects Act (Cap.12), from 2014 to 2016. She was alsoa member of the BCA BIM Legal & Contractual Workgroup in 2013. She has given talks at other associations such as the Society of Construction Law, and is currently Adjunct Associate Professor at the National University of Singapore, teaching architectural practice. As a Dispute Avoidance & Resolution Practitioner, Anil is an accredited Mediator and Arbitrator and practices/trained as an Adjudicator and in International Treaty Arbitration at the AIAC; an Advocate & Solicitor of Singapore since 1995; aSolicitor of England and Wales (2009); qualified as Barrister at Law (Middle Temple of England & Wales (1993); and hold a Master of Science in Construction Law & Arbitration, Kings College London & National University of Singapore (2006). He had also practiced international arbitration with international law firm Lovells Lee & Lee (2008 - 9) and in house General Counsel and Director of Contract Advisory and Dispute Management division of Davis Langdon & Seah (Arcadis Group) (2006 – 8).

With Institutions relations the chairman of Society of Construction Law (Singapore) 2012-14 and on its Council since 2008; on SCL (International)’s liaison subcommittee (since 2014); honorary legal advisor to the Singapore Institute of Architects (since 2009) and Singapore Institute of Surveyors and Valuers (since 2015). With Pro Bono Legal Counselling, he is Law Society of Singapore’s Ad Hoc Probono Services Assistance Scheme Probono Champion 2019. With publishing - Along with numerous articles published internationally on Construction Law & Practice and ADR including on Online Dispute Resolution in the Asian Journal of Mediation in 2016 and 2019, and International Arbitration – A Consensus on Public Policy Defences in the Asian International Arbitration Journal in 2009, Anil’s book Resolving Disputes, a Guide to the Options for Appropriate Dispute Resolution, was published by Marshall Cavendish International Asia in 2019. EDWIN LEE is one of the founding partners of Eldan Law LLP. Practising for more than 25 years, Edwin has argued both major courtroom disputes and heavyweight arbitrations, whilst advising government authorities, developers, contractors, and consultants on all aspects of construction law.
He is accredited by the Singapore Academy of Law as a Senior Specialist in Construction Law. He is also cited as a leading Singapore construction law practitioner in Euromoney’s Guide to the World's Leading Construction Lawyers (2017). The Chambers Asia-Pacific Guide 2017 has cited him as “an authority on domestic construction adjudications”.

Edwin sits on the SMC Construction Adjudicator Accreditation Committee, which oversees the selection and assessment of adjudicators. He has conducted hundreds of adjudication cases, variously as counsel, adjudicator and review adjudicator. Edwin is also an accredited adjudicator in Malaysia.

Edwin has also argued many of the landmark construction law court cases. As an active advocate, he ranks as the advocate with the highest number of reported court judgments.

On real estate projects, Edwin has also headed the team in some of the largest collective sale projects in Singapore, worth a total of $2.1 billion in 2017 and 2018 alone.
Apart from his active legal practice, Edwin is also an Adjunct Associate Professor with the National University of Singapore, Adjunct Assistant Professor with the Singapore University of Technology and Design, and a trainer for the Building & Construction Authority on Construction Law.
Edwin is a general editor of the annual Singapore Construction Adjudication Review, and the author of Building Contract Law in Singapore, 2016 (3rdEdition). He is also the construction law subject editor of the legal journal by the Singapore Academy of Law, the SAL Practitioner. Ar. Chu Yang Keng is the founder of IX Architects Pte Ltd, a recognized architectural practice established since 2004.  Chu graduated with a Master degree in architecture from NUS and was appointed one of the Panel of PPE Examiners with the Board of Architects, Singapore.  Chu actively contributes to the fraternity and is an active member with the SIA SMAP committee member since 2009.

As a registered ASEAN architect, Chu has been practicing both locally and in the region. Cambodia is a country where Chu has built a diverse portfolio in a wide range of projects over the last decade.  With a strong interest in nature centric designs, Chu aspires to create environmentally conscious architecture that inspire and enhance the quality of life.  Chu’s accomplishment in social projects has also won his firm an Honourable Mention in the annual SIA Design Awards. 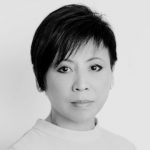 Ar. Joy Chew
Currently the Managing Director of Designshop Pte Ltd, Joy Chew has practiced as an architect starting as an Assistant Architect with Iversen van Sitteren Architects. Later she ventured out on her own as a sole proprietor, then in a partnership and finally as a director in a licenced architectural corporation since 2012.

The projects Joy has worked on whilst in practice are too numerous to list. Joy is known for careful detailing and close supervision of site work with a formidable reputation for managing disputes and delivering projects on time and within budget. Joy’s keen interest in ensuring cash flow in the difficult construction industry has led her to obtain accreditation with the Singapore Mediation Centre and she regularly sits as adjudicator in adjudication applications.